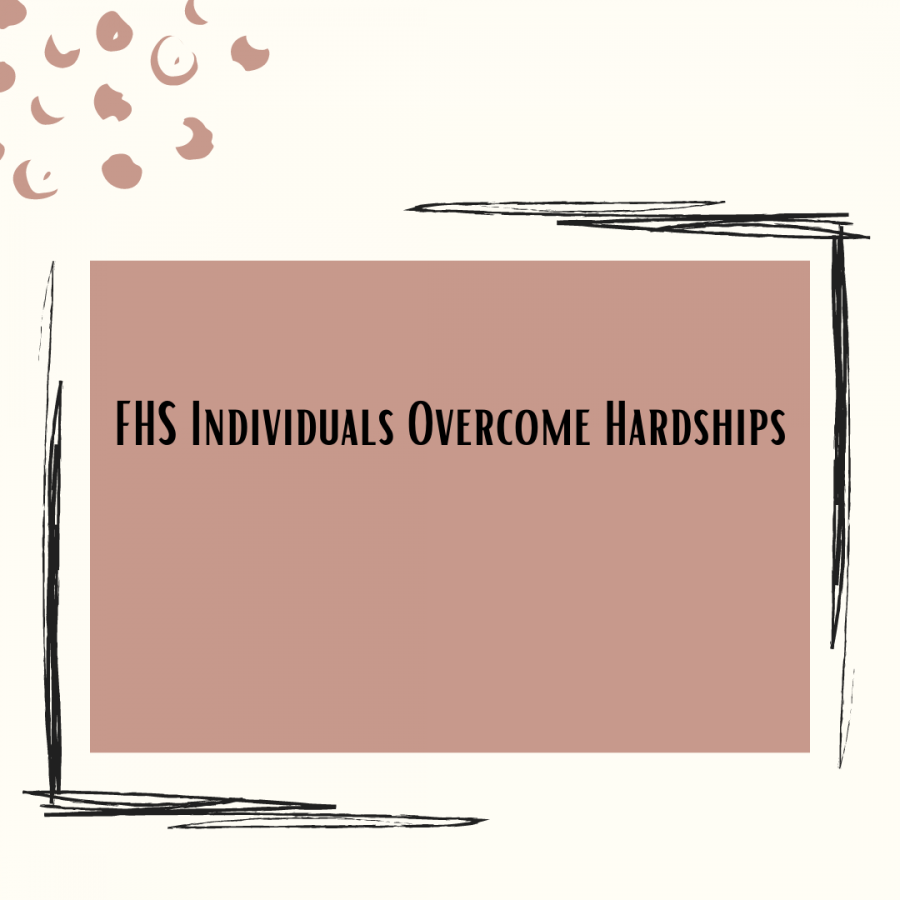 Everyone has experienced the feelings that come with facing an unwelcome challenge: the initial impulse to give up and the frustration of struggling to take your next step. It’s easy to allow these emotions to consume you, but through determination and patience, it’s possible to overcome these obstacles and use them to your advantage.

After sustaining crushing injuries when an ATV rolled over his leg two years ago, senior Rob Navejas exhibited grit and perseverance throughout his recovery process.

“I didn’t realize the mule landed on me until everybody started freaking out because I couldn’t feel anything,” Navejas said. “When I tried to get up, the bone came out of my leg.”

Once the severity of Navejas’s wound was realized, he was rushed to the hospital in Fredericksburg. When he arrived, they told him there was nothing they could do because his situation was too serious. Instead, he was sent to a San Antonio hospital to be treated.

“I was thrown into surgery immediately and had four screws and one rod put in my leg,” Navejas said. “The doctor said I would be good by a week, but it ended up being eight weeks that I stayed in the hospital.”

During his stay at the hospital, Navejas had surgery almost every other day, his longest one being 18 hours. After he was finally able to come home, he still missed half of his sophomore year. Over these months, Navejas dedicated his time to learning to walk again.

“I was in a wheelchair for a good month or two until I just got up and started taking slow steps, getting used to it,” Navejas said. “I kept doing that for several weeks before I was finally able to walk again, not completely normally though. It took an entire year for me to walk normally again.”

The accident Navejas experienced and the aftermath he endured was obviously traumatizing, especially for someone so young, but he did not allow it to phase him.

“Instead of letting it get to me, I overcame the process, started working on myself, and started working out,” Navejas said. “I became a better person and gave myself more self-discipline.”

Like Navejas, senior Kade Jenschke handled his circumstances with tenacity and diligence. During a football game against the Gonzales Apaches, Jenschke was injured running back a kick return. Another player’s knee hit his arm after tackling him, dislocating his elbow.

“They took me off the field in the cart, put me in an ambulance, and drove me to the hospital in Gonzales,” Jenschke said. “After doing x-rays, they put my elbow back into place while I was still awake.”

Physically, Jenschke’s recovery process was fairly simple. After wearing a sling for a few days, he had to do some stretching and movement exercises, like holding weights in his hand. Mentally, his injury was more difficult to deal with.

“The mental recovery part of it was rough because it’s my first real injury,” Jenschke said. “It was also really hard not to play; I don’t like sitting on the sidelines.”

With this being Jenschke’s final year to compete under the Friday night lights, he focused all his energy on getting back in the game. Now, he has bounced back and is helping lead the Billies into the playoffs.

“I feel great,” Jenschke said. “My arm still hurts on certain plays, but I just have to fight through it. Go Billies!”

While Navejas and Jenschke experienced burdensome injuries, FHS cafeteria worker Jaime Word faced something on a very different level: being homeless. After her now ex-husband sold their house out from under her and walked out in 2018, Word was left with nowhere to go in the middle of Las Vegas with six kids. In the uphill battle to reach security, she was a courageous and loving mother.

“We literally lived in our van for the month of July,” Word said. “We spent all of our days at the library where it was cool, and the kids could go on the computers to stay busy. Fortunately, at night, we were able to go up to Mount Charleston to sleep and get a reprieve from the heat.”

For the summer, Word and her family never truly had a place to call home. When she could scrape together some extra money, her family was able to stay in a cramped hotel room, but for the most part, their future was filled with uncertainty.

“It’s certainly something I would never wish on my worst enemy because it was hard not knowing from day to day what we were going to eat or where we were going to sleep,” Word said. “I’m grateful that I had a huge van that gave us shelter when I had nowhere else to go.”

During these trying times, Word and her children leaned on each other for support and eventually were able to move to Fredericksburg in 2020, where Word’s endearing family lives. Even though Word was fighting personal struggles, she always put her children first, and in return, they supported her.

“I tried to stay as positive as I could,” Word said. “I think my greatest strength for sure would’ve been my kids; they helped me get through it. They handled it so well because they could’ve been a whole lot worse through that kind of situation.”

Today, Word has two secure jobs and a home that she and her children call their own. Because of her bold spirit and appreciation for the gifts of life, she managed to transform an ugly situation into one that brought joy.

“Having my family here has helped a lot, and again, the support system of my children,” Word said. “I wasn’t sure I was ever going to have that because my ex kept us away from here for seven years. Being here is huge for me, and I think the kids too. I’m definitely grateful to be back.”