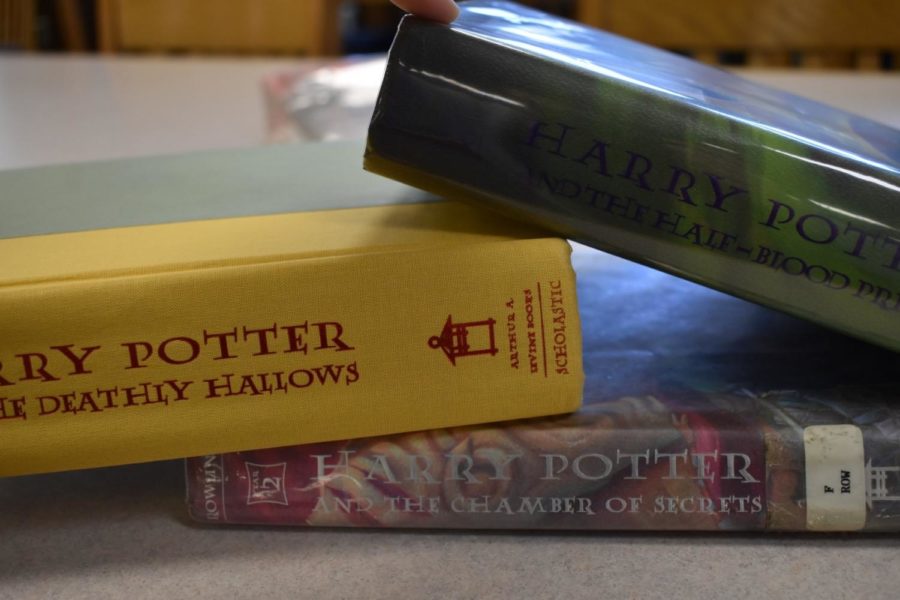 When I was a kid, I loved to read. I would sit in a corner with my nose in a book for hours. My favorite books to read? The well-know, well-written seven book masterpiece series, Harry Potter. Ever since the release of these books, the name J.K. Rowling has become a household name. Good books are not hard to come by. But amazing books? Now there’s a rare find.

J.K. Rowling’s talent for originality doubled with her imaginative, creative style, has sprouted the wonderful seed that is Fantastic Beasts and Where to Find Them. When I first heard she was coming out with a new movie, I was thrilled. Harry Potter is an adventure millions of people have taken to heart. And when I saw it, I was not at all disappointed.

Many people were expecting a sequel to Harry Potter, starring the infamous trio’s own children embarking on their adventures to Hogwarts School of Witchcraft and Wizardry, or even the tall tales of Harry Potter’s beloved parent’s mischievous goings-on. But I believe I speak for all of Harry’s fans when I say we were positively surprised this new series introduced a new set of lovable characters, a laughable and tragic storyline that will pierce any heart, and action-packed, edge-of-your-seat scenes.

The story takes place in the time of a mad-man Grindelwald and his rise to power. You may recognize the name Grindelwald as it was mentioned a number of times in the books, but I am happy to reveal that J.K. Rowling’s new movies will divulge even deeper into the strange friendship of the beloved Albus Dumbledore and the mysterious Gellert Grinderwald (to be played by well-known actor Johnny Depp.) Many speculate that the reason Dumbledore was so hesitant to defeat Grindelwald was due to his infatuation with his equal. Though Grindelwald didn’t reciprocate these feelings, he was willing to take what he could get in friendship with someone of equal power and intelligence. Grindelwald’s power is only just beat by the infamous Lord Voldemort or, as Dumbledore knew him as, Tom Marvolo Riddle.

I won’t divulge too many of the movie’s secrets, so we’ll move onto the mechanics of the movie itself. Newt Scamander, writer of the encyclopedia of mystical animals, and namesake of the movie, Fantastic Beasts and Where to Find Them, is portrayed as a comical outcast who gets on better with strange creatures than humans. It becomes known in the movie that, after causing such a ruckus at the Hogwarts School of Witchcraft and Wizardry, he was evidently expelled. Instead of discouraging young Scamander, his expulsion pushed him to pursue his true dream: becoming the first man to discover and document magical creatures.

Young Scamander lived in a time where the creatures were feared, and even hunted down, due to the misunderstandings that they were dangerous, killing machines. Scamander begins his adventure stumbling through the busy streets of the City that Never Sleeps, chasing down the elusive creatures. When one curious creature finds its way into a bank, Scamander unwillingly recruits the help of a No-Maj (non-magical person or muggle) Jacob Kowalski (played by Dan Fogler). When he mistakenly does magic in front of the muggle (I refuse to say No-Maj, sorry Rowling), Scamander attracts the attention of an Aurour (magical police) by the name of Porpentina “Tina” Goldstein. But after a near death encounter at the Ministry, Goldstein, Scamander and Kowalski make their way to the curious home of Queenie and Tina Goldstein. Kowalski falls instantly in love with the talented legilimens (magical mind reader) Queenie Goldstein.

The villain in this movie isn’t exactly a villain.  Credence Barebone is what wizards call an obscurial. An obscurial is a parasite containing dark magic, that forms in a young child when they are forced to suppress their magical ability. While they normally die at a young age, when the dark magic overpowers the child, Credence Barebone is considered the oldest obscurial in the history of magic at the age of 20. This increasing amount of dark power attracted the attention of the known dark wizard, Gellert Grindelwald. He finds young Credence and attempts to use him to wipe out all muggles. With the help of Scamander and his friends, Credence narrowly escapes and is presumed dead by all but Scamander.

Albus Dumbledore and Gellert Grindelwald. Now there’s an odd duo. Like I said before, many speculate the reason for Dumbledore’s willingness to accompany Grindelwald ‘s rise for power was due to his infatuation with the dark wizard. Others say Dumbledore was obsessed with power and would do anything to claim the title of “most powerful wizard in history.” Either way, Dumbledore came to his senses when his sister, who has now been revealed as an obscurial as well (thus beginning Grindelwald’s interest), was tragically killed when a duel between Albus and Aberforth Dumbledore and Gellert Grindelwald went awry. Ariana Dumbledore’s death haunted Albus even to his death.

This ingenious, creative masterpiece is nothing less than expected from the beloved book writer, J.K. Rowling. Its level of imaginativeness, paired with laughable scripts, modern, almost futuristic special effects, and a tragic storyline, makes this movie one of my all-time favorites. I am eagerly awaiting its sequel with very high (and easily reachable for this talented writer) expectations.